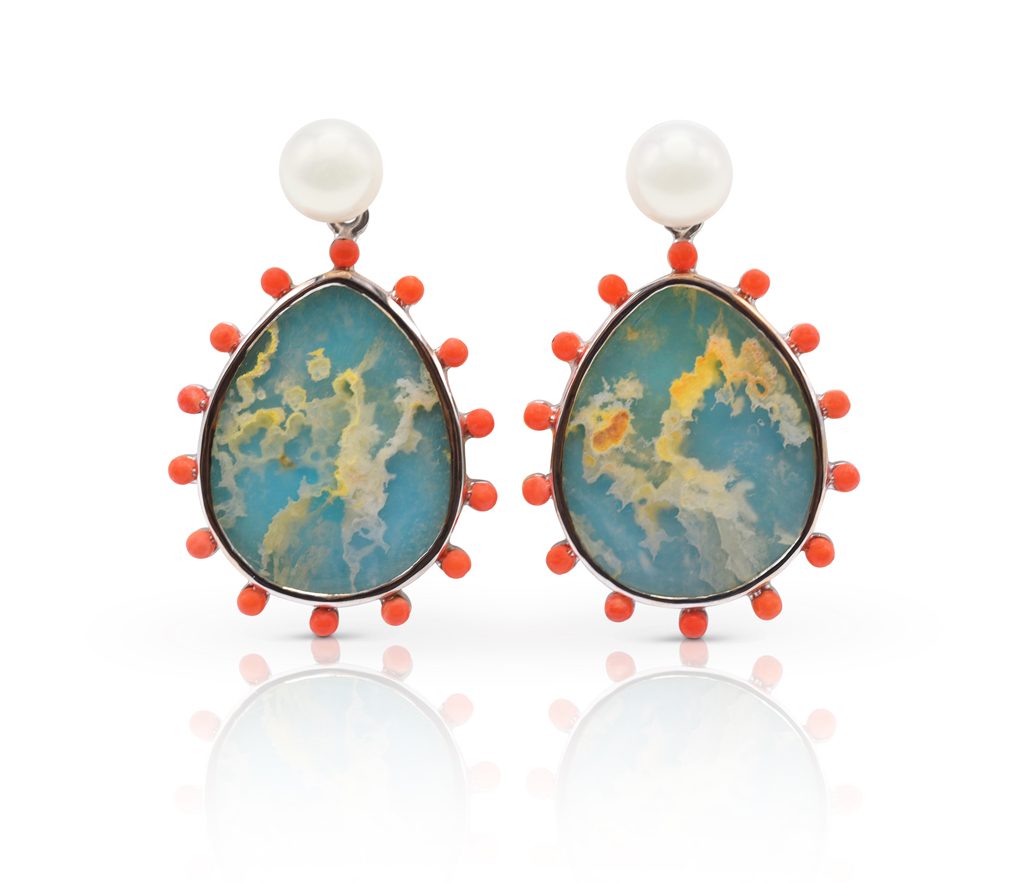 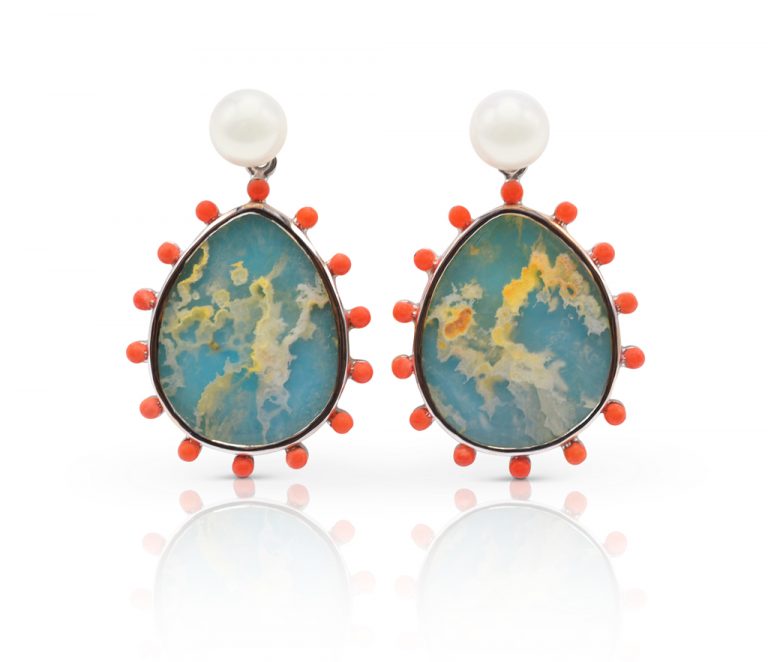 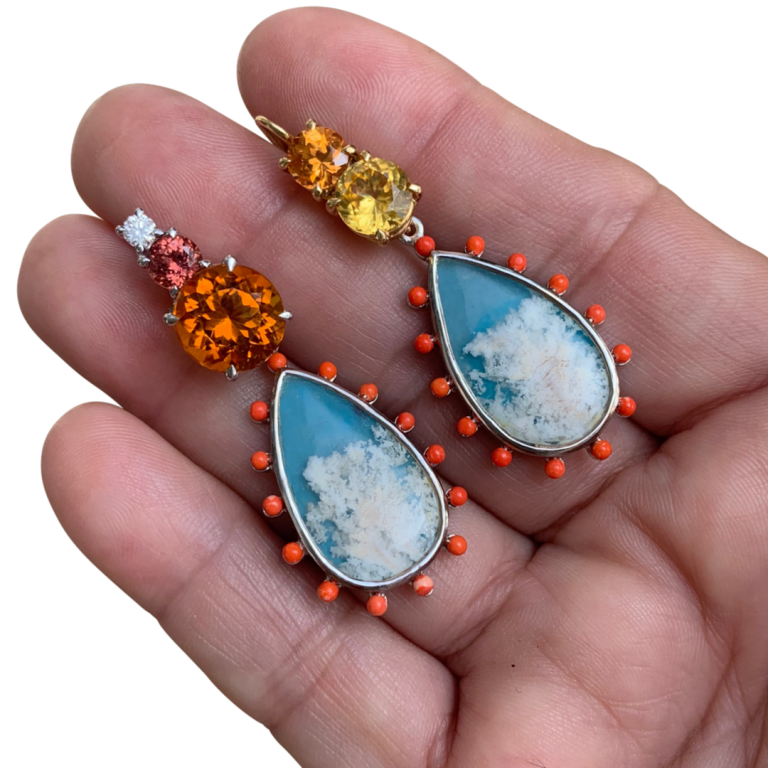 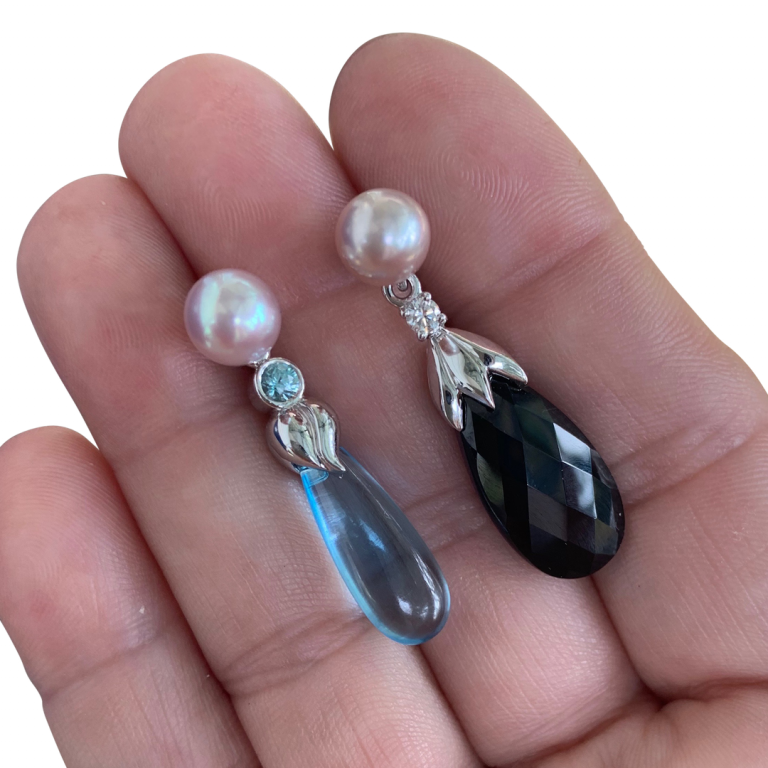 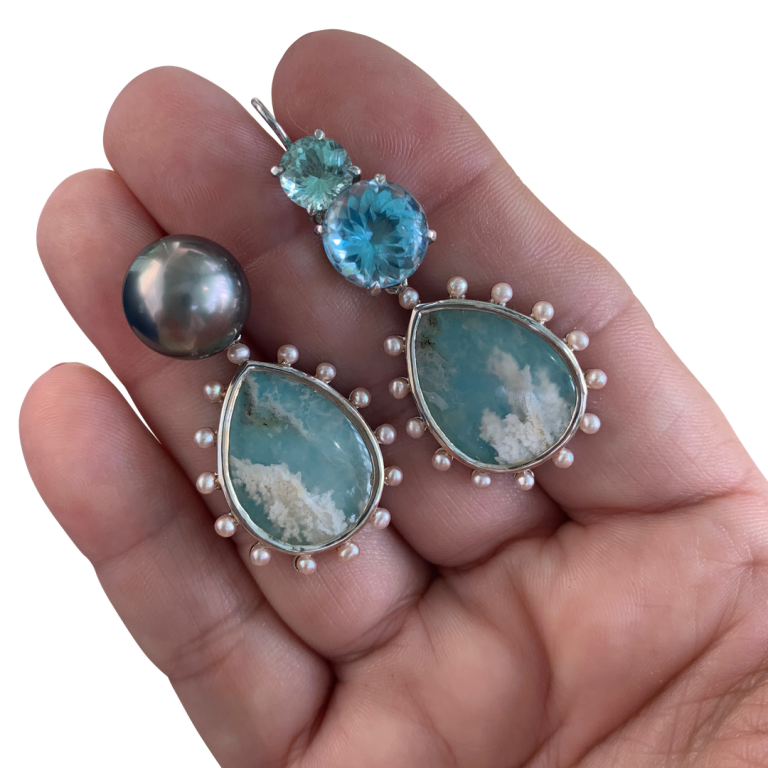 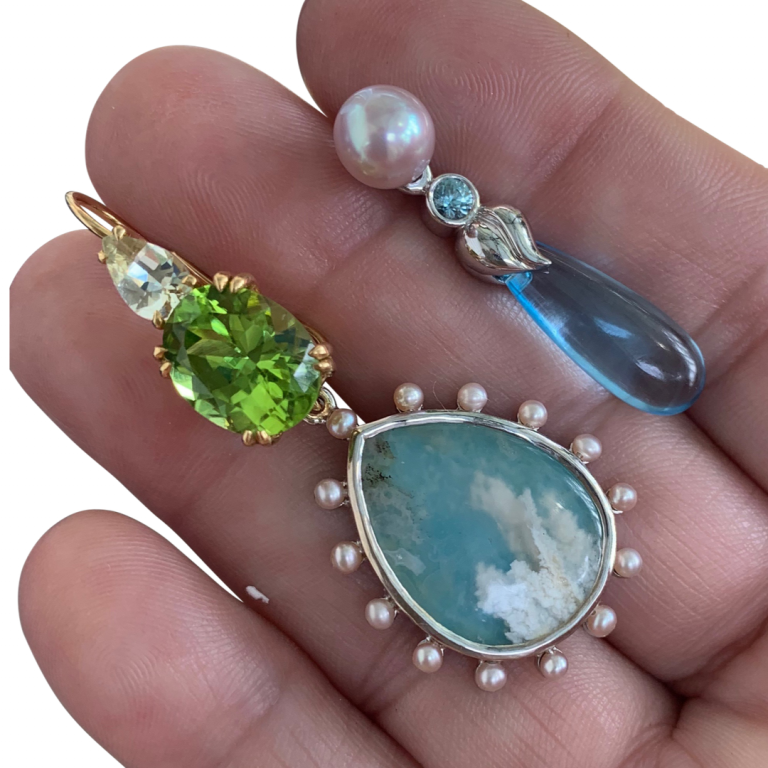 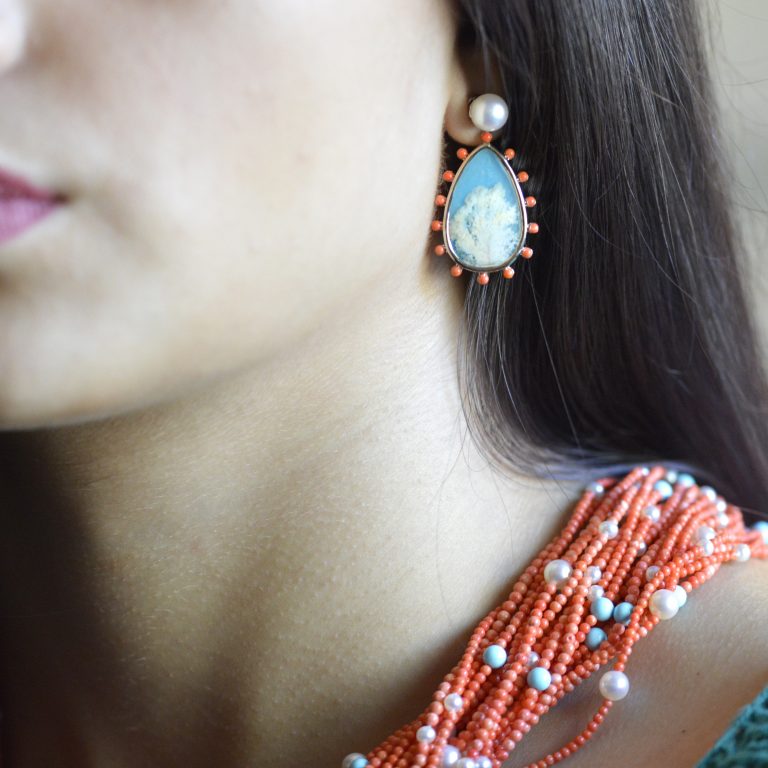 Most Cynthia Renee earrings are designed to hold drops and we can adapt many of the earrings you already own to foundation pieces for drops. You can also hang other drops from the pearl studs – see our Gem Drops for more options.

Coral Sea Turquoise” is a doublet composed of a Plume Agate from the State of Oregon, USA backed by stabilized Turquoise from Kingman, Arizona, USA. Turquoise is a relatively soft, porous gem and the stabilizing process makes it much stronger and easier to cut and polish to back the Plume Agate.

Plume Agate looks like a living thing – feathery leaves or coral – the plume refers to the branching dendritic growth pattern naturally formed by oxides present during the agate’s formation. They can form incredible patterns with the plume’s color changing with the agate’s chemistry as it is crystallizing.